The McCall / Malone Mysteries have been a long time in the making. I first imagined Clint McCall in 1988 and he’s been with me ever since. Life came between us many times over the years and Devon was nowhere to be seen in most of those years, but in 1998 I started seriously writing stories featuring Clint. (The photo is of me worrying over an early draft.)

It wasn’t until Turnabout Is Fatal Play that Devon joined him in his adventures–and then I knew I had a series that could and should be published. The interaction between the two, the potential story arc over a series, was just what I had been looking and waiting for. 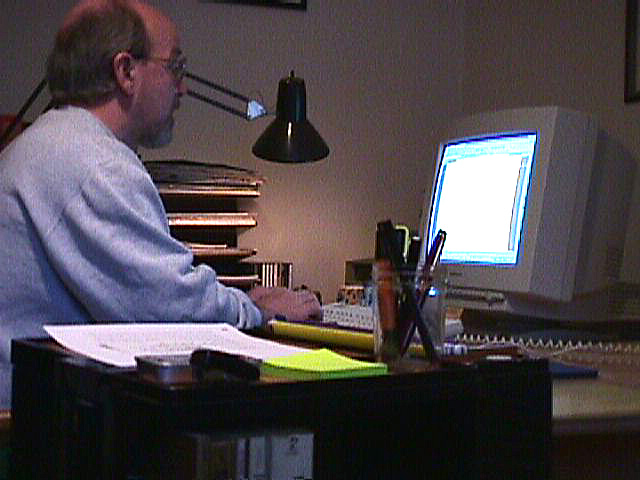 As Turnabout Is Fatal Play begins, McCall and Malone have already worked together on two cases—the first when she was still a missing persons detective with the Portland Police Bureau. Now they are rival private detectives and not exactly the best of friends. Over the course of the series their relationship will grow but not always as you might anticipate.

The second book in the series is Decease and Desist.

The third book is One Deadly Game.

The fourth book, Dying of Desire, was released in May of 2015.

Book five, Grave Reckoning, came out in June of 2016, and book six, the promised prequel, Death Comes Around, followed a year later.